Another round of best reads from around the globe on mainframes news.

Mainframes: A Great Future Ahead

Forrester Consulting, which was sponsored by Wipro and Ensono found that 50% of businesses in Europe and the USA are looking to expand their mainframe capabilities, with only 5% thinking of reducing it And what’s driving this increase? According to the survey, it’s artificial intelligence and blockchain.

The survey also found that enterprises are now taking a hybrid approach to their infrastructure, migrating some applications to the cloud while maintaining certain business-critical applications on-premises and on mainframes.

For the 77% of organizations now prioritizing mainframe modernization, the Forrester study states that this cannot be done in a vacuum as 82% of respondents report that implementing DevOps is a critical or high priority.

With z15, clients can manage who gets access to data via policy-based controls, with an industry-first capability to revoke access to data across the hybrid cloud.

With z15, our clients can have the cloud they want, with the privacy and security they need – protection for both traditional mission-critical workloads and newer workloads like digital asset custody or blockchain,” said Ross Mauri, GM of IBM Z.

IBM’s new Z15 mainframe announcement shows how security can be enhanced with the introduction of Data Privacy Passports technology with any data created on the Z15 being encrypted and protected as it moves to the public cloud or a third party, eg an x86 server, phone, or Internet of Things (IoT) device

A container is a standard unit of software that packages up code and all of its dependencies, so the application runs quickly and reliably in different computing environments

IBM has picked up on the idea and produced z/OS Container Extensions (zCX). This provides a way to run Linux capabilities on z/OS What zCX offers is a complete Linux on Z operating system as part of z/OS. zCX runs in a started task and contains both a full Linux system and Docker. zCX is a virtual appliance that requires minimal involvement after set-up. 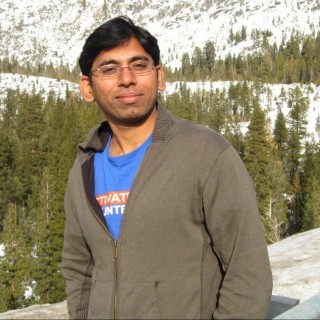 Hello I am Hemanth. A software Engineer with 13+ years experience developing innovate mainframes products. My passion to solve challanges we face today ,through techonology made me to fly from far east to hub of innovation – Silicon Valley, California sunny state

The latest news on WordPress.com and the WordPress community.